In the past, great technology of liposomes has been used to enhance the transdermal absorption of drugs. The invention of this liposome has dramatically improved the effect of medicines.

Conventional liposomes force high energy and form capsule structures (vesicles) using a mixer or sonication to form nanocapsule structures. However, during storage, the nanocapsule has a fatal problem of stability that is easy to break as it tries to return to a low energy stable state.

Another problem is that phospholipids are used to form nanocapsules. However, solvents may be used in the manufacturing process to dissolve the active ingredients in phospholipids, which is considered to be a safety issue.

Birth of a New generation of DDS (Drug Delivery System)

By overcoming the biggest problems of liposome’s stability and safety concerns, and increasing the encapsulation rate of the active ingredient, QuSome® makes it possible to deliver more ingredients deep into the skin.

QuSome® has made it possible to overcome the problems of liposomes by inventing thermodynamically stable. A unique lipid different from the conventionally used phospholipids. These lipids are called DAG-PEG lipids (diacylglycerol-polyethylene glycol lipids).

The difference between QuSome® and liposome

Chemical difference between QuSome® and liposome 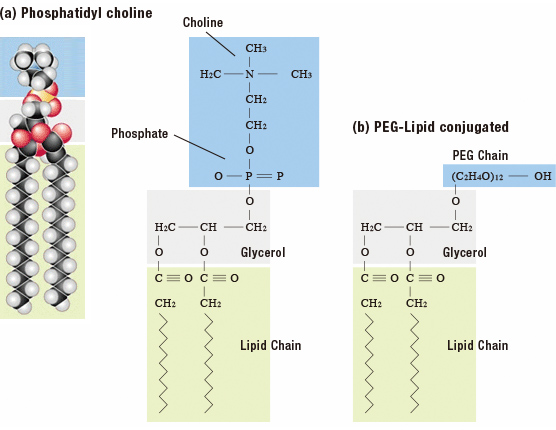 Furthermore, DAG-PEG lipids can be diversified by changing the fatty acid chain length in the molecule and the degree of polymerization of PEG. However, only a few types of vesicles contain within.

QuSome® is formed spontaneously when a lipid with a specific molecular structure that is determined by the packing parameter (P) comes in contact with an antipodal environment such as water. With an average diameter of 100 nm and a dual membrane thickness of approximately 40 nm, this makes the vesicles thermodynamically stable. 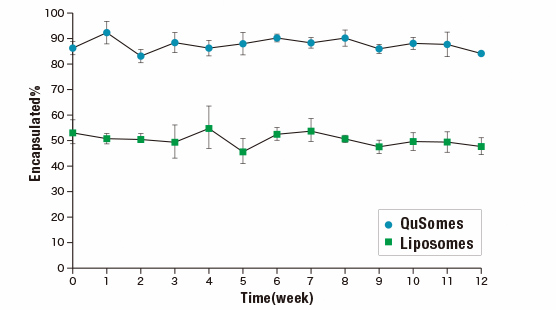 Liposome containing CoQ10 as the active ingredient and QuSome® nanocapsules were left at room temperature for 3 months, and their encapsulation rates were compared hourly. QuSome® has a higher encapsulation rate of CoQ10 at the start than liposomes, and retains that figure after 3 months. 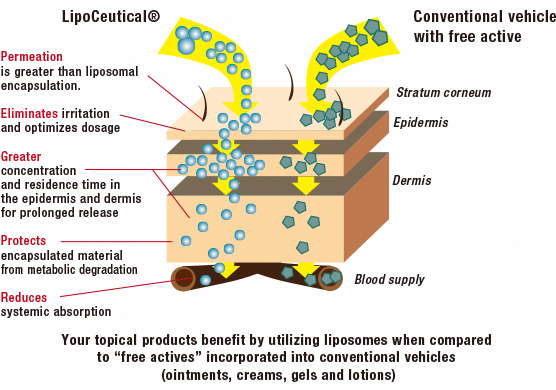 By encapsulating QuSome®, the active ingredient can reach the epidermis and dermis as well as the stratum corneum. The capsule is stored in the skin and remains effective for a long time by breaking the capsule and releasing the active ingredient little by little (storage effect). In addition, DAG-PEG lipid itself has the effect of improving the skin’s barrier function and moisturizing function.

The amount of active ingredient that gets into blood vessels is lower compared to liposomes, meaning that the toxicity is extremely low. 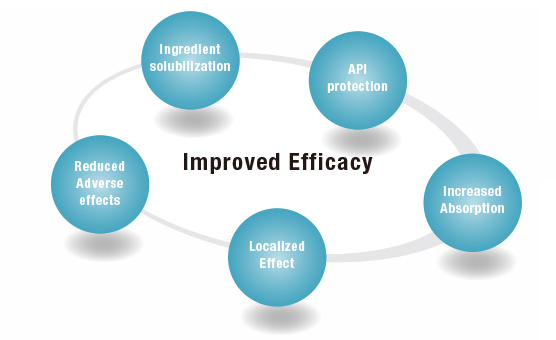